Nostalgic as hell beginning from the year 1988 part I

I have to apologize in advance that this stuff is anything else but recent stuff. It's one of those "Oldies Goldies" -posts. I just want to share with you the nostalgic joy that I've had recently :)

My Parents stopped by with a couple of boxes of my old school books, comics and drawings. Here are few of those. They're dated between about 1988-1994.

I think it was interesting to see how much I was interested in animation early on as an industry and medium. I copied and inked a couple of animation drawings from the film Fantasia to overhead projector transparencies as they we're animation cels. Then I colored them from the backside as they back in the day ;) Then I painted backgrounds for them in watercolor. I'm really fascinated on the look that the bright cel with clear cut, flat colors painted on them have in contrast to the more muted background. I've been planning for couple of years but never got around to it (yet) to do an exhibition on the idea of "The Animated Feature That Never Was". It takes off from my interest in the "art of" books. For the exhibition I would do the pre-production related work, sketches, maybe even pencil tests, animation drawings and painted cels with background paintings but not the film itself.

In this post it's funny to see how I have marked with "The Comic Characters Inc" etc.

The oldest drawings I posted because they served the purpose of learning to draw by drawing from model. So the oldest here is from -88. There's Judge Dredd that I drew from this cover by Brian Bolland when I was 11 years old...nice bedtime reading ain't it :) Then there's a coloring model of a baby eagle from a Disney short that I have copied from a book on animation around the same time. The dragon creature is from the film The Black Cauldron which has remained a favorite of mine even with it's several flaws. The Batman picture is drawn from the seminal Frank Miller's Dark Knight comic around start of 90's

I bought an airbrush with the money I got from my confirmation party :) Around that time I had also been already a big fan of the Alien -movies. So naturally one subject would be the alien. The colors are just awful on the original so I did a quick test with photoshop to see if it would be kinder to the eye in less colors... 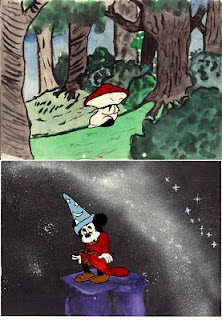 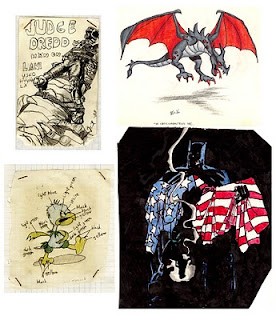 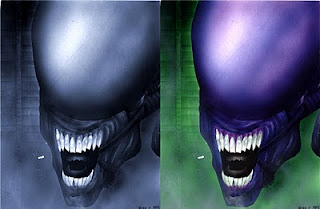 And finally here's a utterly corny comic from the year 1991. I can tell that I've just recently been reading Stephen King, learnin english and found some zip-a-tone :) 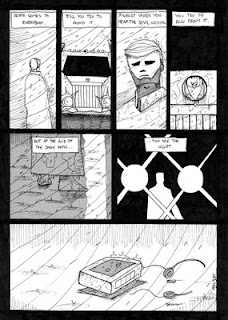 The Night Of The Croquis

Life drawings sessions resumed again after the summer at Taidehalli. Felt a bit rusty and tried also a bit of a different technique again. So these are made with a pretty basic ballpoint pen. 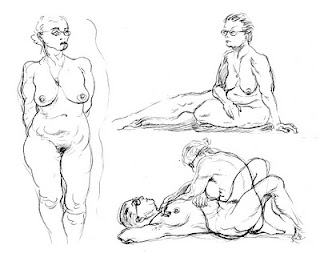 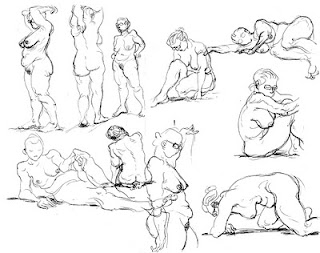