These doodles are some of the same miscellanious stuff I scanned in and collected a while ago. The sketches include some from the aforementioned character design -course I attended.

Then there is a doodle of an elder man in a bed that I sketched for a comics assignment in the script course. It's unrealized still though.

The other's are just the usual doodling...sometimes with a concious effort in drawing with the different style. I like to try that out often. That's why I feel I haven't still found "my thing" properly. In a way I hesitate to get stuck to something particular. 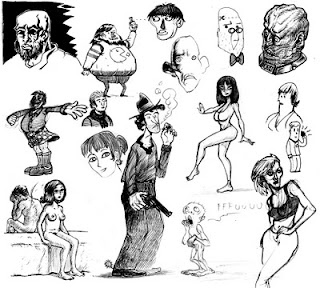 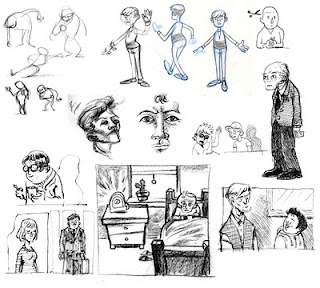 Now this is a special post. At least for me. As those who know me and those who've been checking my blog, probably know that I'm an animation buff. I've always been.

I practically took posession of the Illusion Of Life -book from my local library.

I was also a fan of The Simpsons which had recently started on tv. So was my friend Tuomo Kokkonen. We especially were fans of that lovable comical duo, Itchy&Scratchy. So we decided to do some animation. Pretty soon we realized the obvious fact that how much labor it is and we had no idea of practical technique (like keeping things in register..).

We had a very original story idea but ended up drawing only fragments of it. We also never saw if me had actually achieved any illusion of life...So with great anticipation after almost 20 years I opened some archives and with the aid of modern tech (if only we'd had Flash&After Effects back then..) I scanned in the drawings. There wasn't much to see and pretty hard to tell what's going on but still I was quite proud what we kids had tried to do :)

I'm not quite sure which "scene" was drawn by me or Tuomo but it was supposed to be seamless story in the end anyway.

There's also, which really must be my first drawn paper animation (flipbook or two maybe before), a test with half-filled flour sack. It was inspired by the Disney-book but the animation looks more like the sack has a fit mid-air...Click the images if they don't play.

It's of course obvious that when you stop doing something for a long while, it becomes more difficult. That's how I felt yesterday when I went to do lifedrawing after a long pause.

I had to concentrate to get anything proper on the paper. Next time I hope it 'll go smoother 'cause I want to try again something different in terms approach or style.

The ones in ink are 5min poses and the ones in graphite are longer.

Oh and the funny thing was also that feet got cut from many of these. Whether it was the rusty drawing hand or the fact that I drew an a smaller pad than usually (just A5 which is maybe a bit too small). Although I do feel that the emphasis on fitting the whole pose on the page is sooo old school... 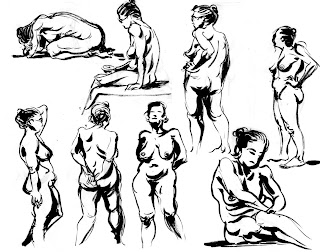 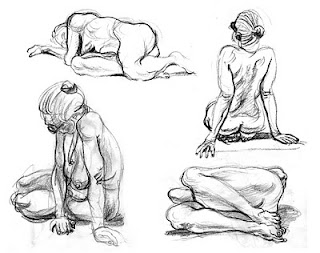 Scavenged the sketchbooks, various bits of scrap paper and collected some doodle posts. After all that's why I originally set up this blog. I have to keep the initial step for a post relativily low to get something done around here ;D

Here's also some life drawings from a while back. 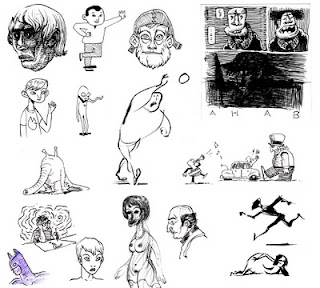 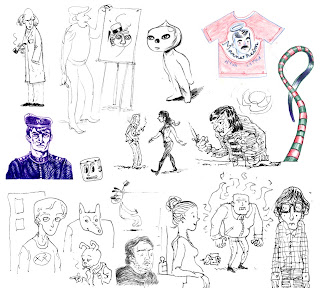 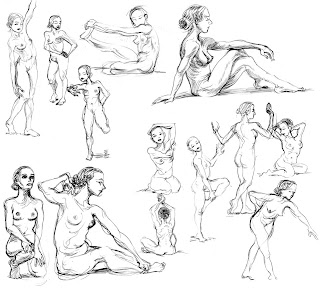