With our powers combined...

I thought that I should in the future combine more of the lifedrawings and sketches. So that I won't choke the blog with every poor pose drawing from every session. Because there tends to be a lot of crap but I guess that's the idea, to get it out of your system.

In this post those character sketches were done for an unrealized project (on my part). In a tight timeframe I tried to do characters of different styles (mood, period, technique whatever) under a loose Xmas theme. I know I could have gone more overboard with them but decided to play safe. I have to get rid of that mindset... I like the sketches more than the colored versions. 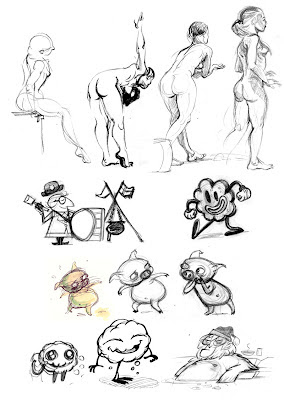 And that is a bunch of 'em from Dr. Sketchy Does Mother Russia and then some random doodles from various grocery bills etc. 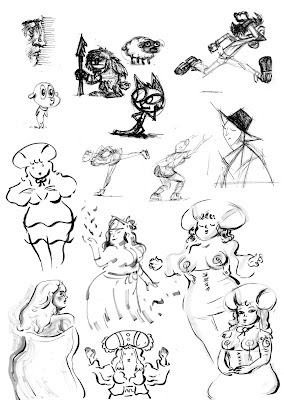